Ten of the the best Road Races in New Jersey this year! 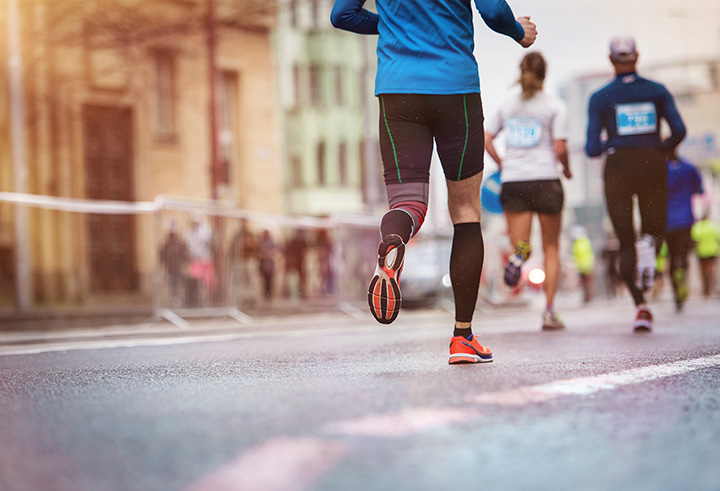 When the word "marathon" comes up, most people automatically think "New York" or "Boston." But New Jersey has established some seriously-popular marathons, half-marathons and lower-key road races.

There are about 61 million runners and joggers in the U.S. Every year, thousands of them travel from other states (and countries) to compete in events like the New Jersey Marathon and Ridgewood Run. Besides those two (included below), here are some other great road races to run in the Garden State.

Runners note that it's super-flat and super-fast: male winners average a 15-minute time, females are in the 16-17 minute range. One thing runners appreciate is that it's not too crowded: about 1,000 folks show up to race. (March)

It begins at the legendary Monmouth Track horseracing park, then winds through the streets of the Jersey shore. Pop some Springsteen in the earbuds, 'cause at some point, you'll be running along the boardwalk in Asbury Park. The race is a qualifier for the Boston Marathon; there's a half-marathon option, too. No wonder 10,000 runners join in. (April)

So many races in New Jersey take advantage of the Shore; this one lets you run along the Hudson River. It begins just north of the George Washington Bridge, then follows the Henry Hudson Drive, one of America's oldest scenic roads. (May)

It's one of the longest-running race events in NJ (2016 marks its 41st year). Over 3,500 participants from NY, NJ and CT compete across 10K, 5K and elite runner events. There's also a "Fun Run/Health Walk" option. (Memorial Day)

Before you settle in for Fourth of July fireworks at night, hit the road for this race during the day. In addition to the 4-mile version, there's a 1-mile "fun run." Plus, participants say that the post-race food is pretty awesome. (July 4th)

About 2,000 runners participate, partly for the medal, partly for the great after-party - but mostly, for the gorgeous shore scenery. It's part of the Jersey Shore Grand Prix Series. (Mid-July)

The race takes place at low-tide, with runners doing the first 7 Â½ miles on hard-packed beach sand. The rest is run on blacktop boardwalk. A summertime favorite since 1970. (August)

Long Beach Island is a distinctive spit of land on the Jersey Shore, and this race gives you a chance to run the length of it, point to point. Some runners use the event as training for longer marathons; others love the fact that it's not super-expensive. (Mid-October)

Runners pound the boards of the historic boardwalk, with views of the ocean and music being broadcast along the whole route. It's a certified qualifier for the Boston Marathon. (Mid-October)

It starts at the Jersey-side toll plaza of the Ben Franklin Bridge, crosses into Philly, then back over the bridge and then a run along the Camden waterfront. Every year, 5,000 people sign up for one of the best-known 10K events in the country. (Early November)